Most Stone Circles are found around the South part of England, mostly being in Wiltshire. Britain is home to more monuments and Stone Circles than any other European country. Most people have only ever heard of Stonehenge, Avebury, Silbury Hill and Callanish standing stones. However there are hundreds more monuments which are less known (I have included a list on the next page). Stone Circles are normally associated with folklore, Legend and Mystery. This comes from the introduction to Christianity to England. There are 2 main stories about how stone circles, standidng stones and monuments got to where they are:1) A Devil or Giant became angry at new Christians and tried to distroy them and their Churches by throwing huge rocks at them. However the Devil / Giant missed missed his target and the Stones were stuck in the ground.2) People who failed to visit Church were turned into (Standing) stones. This myth is most common with the Merry Maidens, Cornwall. I have noticed that most Myth surrounds Devils, Giants and Religion. Witchcraft is also know to be practiced in some Circles and Monuments. There is also frequent sightings of UFO's around Stone Circles. Could this be from Psycic energy attracting them. 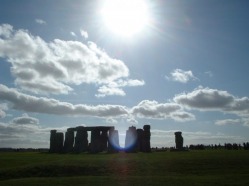 Stonehenge is one of the most famous Rock land marks in the World. Its located in Wiltshire, England. Built during the Medieval times - Stonehenge is a mystery. Its not known what Stonehenge was built for, although there are afew idea's. Some people believe it was Built for Tribal or Religious rituals. Some think it may of been used for Witchcraft and others think it was built as a sort of Calendar. So the people would know what time and dates of the year it was. The Key stones actually align with Major Solor / Lunar events. Some people believe there were 3 different cultures who built Stonehenge. They are believed to be called the Windmill Hill People, Beaker People and Wessex People. However some people believe this Stone Feature wasn't built by people at all - But by Extra Terrestrials and their more modern eqiptment. Its always been a Mystery to how people carried such heavy Stones. Some of the Stones weighed from 25 tons, with the heaviest at 45 tons. Its thought that some of these stones were even transported from Wales. But how could anybody carry all these stones from such a long Distance? Maybee it was Built by Extra Terrestrials - A huge number of UFO sightings have been reported around the area. Its believed the stones have some type of Psycic engery, so maybee UFO's could be attracted to that. Southern England is also the Worlds Biggest Hotspot for Crop Cirlces. Infact a Crop Circle has even appeared in the next field over from the Stones. This was made within afew hours and nothing was noticed by anybody driving past. So who could of made this Fantastic landmark. Humans, aliens or even both. Stonehenge will always remain a Mystery - But its a fantastic Study and defentally worth learning more about. 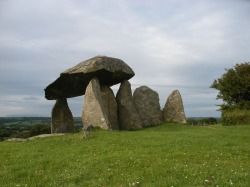 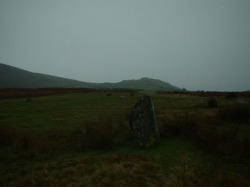 Mitchells Fold AKA Black Marsh Stone Circle is thought to of been built between 2000 BC and 1200 BC. There are now only 15 stones left but were originally twice as many. Its also thought there may of been a central stone. Mitchells fold is almost a perfect circle. Its not known exactully who built it, but its small enough for 1 bronze family or a small community to of made. All stones are from the Stapley hill area.

MYTH: Its said that a Giant cow lived on the moor and gave visitors milk. A greedy Witch milked the cow untill she was empty. The Witch was then turned to stone (could of been the central stone) and a circle was built around her so that she could not escape. The cow disappeared but if you look closley you'll see a stone which is shapped just like one. 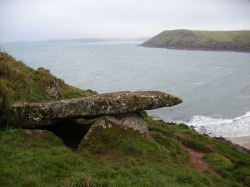 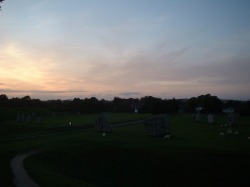 Avebury Henge and Stone Circles is the largest prehistoric monument in Europe, covering 28 acres and surrounding most of Avebury village. The Henge is thought to of been built in 1800 BC and thought to of taken 1 1/2 million hours to build. The henge is nearly 1 mile around and 30 feet deep. There are 3 Stone circles inside the Henge. The largest is the outside Circle. It originally contained 100 Sarsen stones, 40 ton each - 27 now remain. The other 2 stone circles were much smaller and both inside the main Circle. The 2 small Stone Circles are now just remains and only afew stones are left. Most of these disappeared or were broken up and used for construction in the village during the 17th and 18th Centuries. About 1 1/2 miles from the circle is a tomb / cave like building called the 'Sanctuary. Avebury is near Stonehenge and theres thought to be a conection between the two Monuments. This is also the village where Sci-fi series 'Children of the Stones' was filmed. 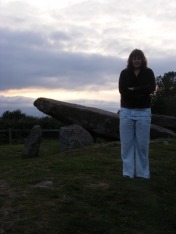 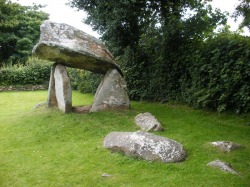