The Bermuda Triangle AKA Devils Triangle is a Section of the Atlantic Ocean between Bermuda, Miami Florida and San Juan Puerto Rico. For Hundreds of years, Ships, Planes and People have mysteriously disappeared without a trace. The first documented report for the Bermuda Triangle was from Christopher Columbus in 1492 - He reported seeing strange dancing lights on the horizon and flames in the sky. There are several myths, legends and rumors. Some rumors include methane gas, UFO abductions, time warps and hidden gateways into places such as Area 51. For years, the Government have denied that anything strange is going on in the Bermuda Tringle, and continue to deny everything now. Is it just coincidence - Or is there really something strange going on.

1) Methane Gas - Its believed that pockets of methane gas are hidden under the seabed. Every so often this gas is released. As it reaches the top of the water, the density of gas is much lighter than that of water. When a ship hits the gas, it sinks. A small experiment has been done using a model ship and a jar. This has been confirmed to work.
Methane gas also causes piston engines to stall, meaning the planes would crash. As the island of Bermuda is on the top of an inactive volcano, there is more gas in the area. However there are other area's around the world which contain gas - This affect should be happening all over the world.

2) Bermuda is known to have sudden fierce storms, hurricanes and water hurricanes. They are often unexpected. If a ship or plane was to get stuck in one of these, it could easily sink or crash. The Gulf Stream could also wash away debris.

3) Atlantis - Some people believe the triange houses the lost city of Atlantis. Left over technology gives off certain radiation / frequencies which cause ships to sink, planes to crash and compasses to be confused.

4) UFO's - There are frequent reports of UFO's in the area. People believe aliens are behind the disappearances of people, planes and ships. There's another idea that aliens are using the Bermuda Triangle as a portal from their planet to ours.

5) Time Warps - There is a higher charge of energy in the Bermuda triangle. When people have disappeared they are still alive, but have been transported to a different time in the past or future. Another idea is that they are in a different dimension or planet altogether. A woman from Ireland believes aliens come through portals / vortex where they choose to travel through water rather than from the skies.

6) Its thought that the Government have a secret base just like Area 51, hidden under the sea. The technology is so strong, it interferes with the equipment of ships and planes causing them to sink and crash. This doesn't explain how people go missing and there ships or planes are left floating around.

7) Gulf Stream - The Gulf Stream is just like a river which runs through the Bermuda Triangle. It runs at 5 to 6 Knots. When a plane has crashed or a ship has sunk, could the stream be the reason for no wreckage. If the Gulf Stream was to carry wreckage out to other parts of the sea, it would seem as though the ship or plane had just vanished. 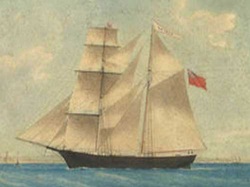 In 1872, the Mary Celeste was found wondering the sea's. There was no sign of anybody on board and nobody has ever been found. The ship was registered in New York and left the docks with a small family and several crew. Its believed that the Bermuda Triangle had something to do with the disappearances, however the sea's were full of Pirates in that time. They may of simply been Kidnapped. On the other hand, you'd think the Pirates would take the Ship and Belonging with them. 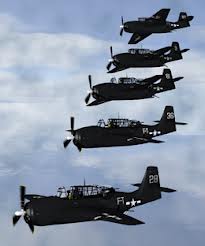 On the 5th November 1945 a plane full of training bombers disappeared over the Atlantic ocean. The flight is thought to of taken place on a calm day. The compasses weren't functioning properly and the Men were disorientated. The plane disappeared and has never been found. This incident claimed 27 lives.


The above photo's were found through Google Images. No copyright intended.